If you love obscure cinema, especially the horror variety, you need to check our Chelle’s Inferno. Michelle’s love for Eurotrash Horror shines through her quality articles, and I’ve watched some awesome movies that I wouldn’t have considered otherwise since finding her blog! Today, she was kind enough to write a feature for Macabre Monday #16 - a review on the lesser known movie of Amityville II: The Possession. - Kate 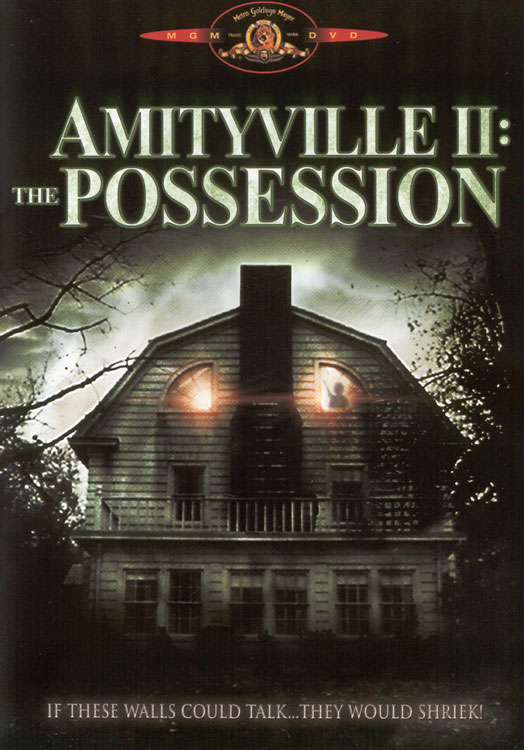 Amityville II: The Possession is the 1982 prequel to the phenomenally successful The Amityville Horror, released a few years previously. The original movie concerned the Lutz family, who moved into the notorious Amityville house in 1975, but fled their ‘dream home’ just 28 days later, claiming to have been terrorised by evil spirits haunting the place.

Amityville II is loosely based on the true story of the DeFeo family, who were the previous owners and occupants of the house. In 1974, 23-year-old Ronald DeFeo, Jr shot dead his entire family as they slept – his parents Ronald Sr and Louise, and younger siblings Dawn, Allison, Marc and John Matthew. 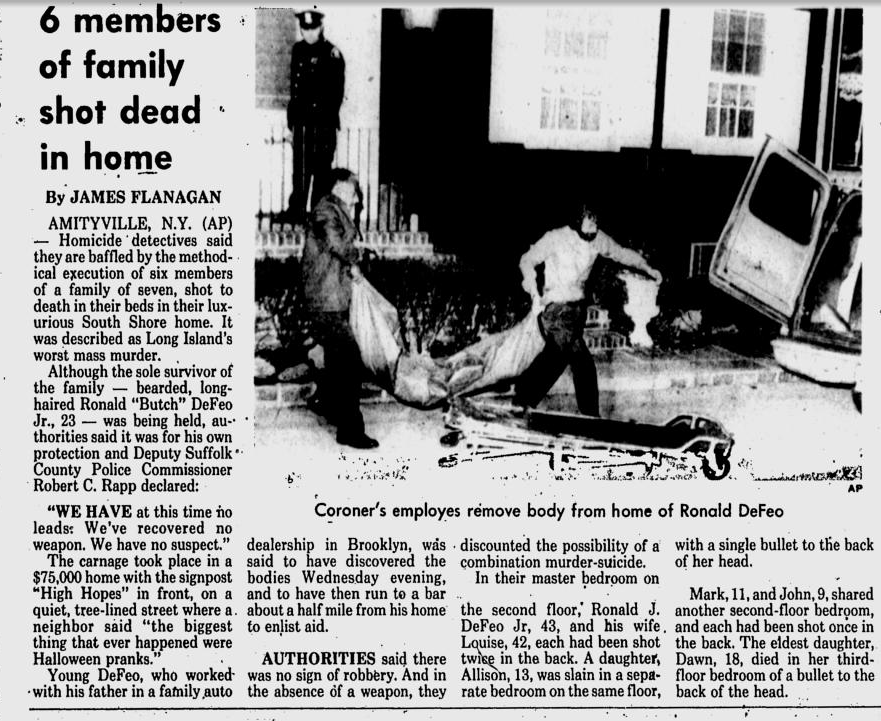 Initially Ronald Jr claimed his family was murdered by a Mafia hit man holding a vendetta against Ronald Sr, however many inconsistencies were found in his story and DeFeo confessed to being the killer the next day. At his subsequent trial, DeFeo and his defence lawyer William Weber attempted to plead insanity, as DeFeo claimed he had heard ‘voices’ telling him to kill his family as they were “plotting against him”, and he had murdered them in self-defence. However the psychiatrist for the defence declared that although DeFeo was a drug abuser (of heroin and LSD), he had antisocial personality disorder and was aware of his actions when committing the crime.

In 1975 DeFeo was found guilty of six counts of second-degree murder and sentenced to life imprisonment. The motive for the killings remains unclear, though it is suggested that DeFeo’s motive was to collect on the life insurance policies of his parents.

Though Ronald Jr had a volatile relationship with his father, he was spoilt and overindulged by his parents as a teenager, leading him to become a greedy, money-hungry adult (despite Ronald Sr giving him whatever he wanted, he was involved in petty thievery). The ‘possession’ idea for Amityville II came about from William Weber’s (unrealised) plans to write a book about the murders, using the demonic infestation angle for it (the ‘voices’ allegedly heard by DeFeo urging him to kill). 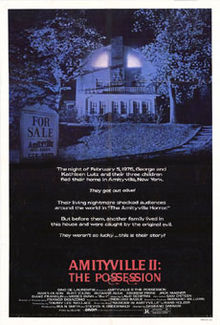 Amityville II: The Possession begins with the Montelli family moving into their dream home at 112 Ocean Avenue, Amityville, located in a picturesque, affluent neighbourhood in Long Island, New York. From the outside the Montelli’s appear to be the perfect Italian-American family moving into their triple-story ‘mansion’, complete with swimming pool and boathouse – hardworking father Anthony, gentle, kind hearted mother Dolores, attractive teenage siblings Sonny and Patricia, and adorable youngest children Mark and Jan.

However, they are anything but – Anthony holds a reign of terror over his family, completely dominating Dolores and raising his children with an iron fist. The stately-looking new house also holds a tragic, and ultimately deadly, secret - it is built directly over an ancient Indian burial ground. 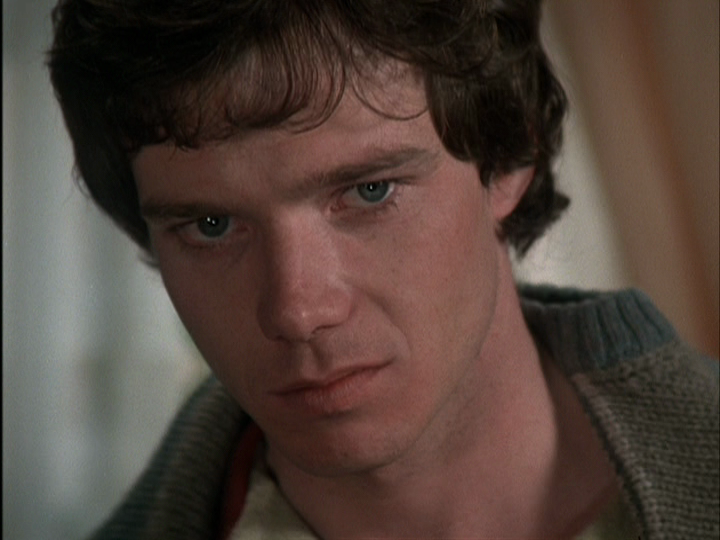 Almost immediately upon moving strange occurrences begin – Dolores is shocked to find blood pouring out of the kitchen sink tap, but assumes it’s a prank. However she is further unnerved when in the basement, an invisible ‘something’ caresses her. The Montelli’s first family dinner in the new home erupts into chaos when the huge dining room mirror inexplicably crashes to the floor as the family begin to say Grace.

Anthony automatically blames Sonny and flies into one of his typical violent rages. Things only go from bad to worse when the invisible entity invades Mark and Jan’s room in the middle of the night, flinging furniture everywhere and painting a grotesque picture of a demon atop the words ‘Dishonour Thy Father’. Woken by the noise, Anthony investigates and, enraged upon seeing the painting, beats the innocent children mercilessly with his belt, ignoring his wife’s pleas.

At the same time, something undeniably sinister is beginning to affect Sonny. In an almost trance-like state, he approaches his father with a double-barred shotgun, forcing the startled Anthony to stop hurting the younger children. 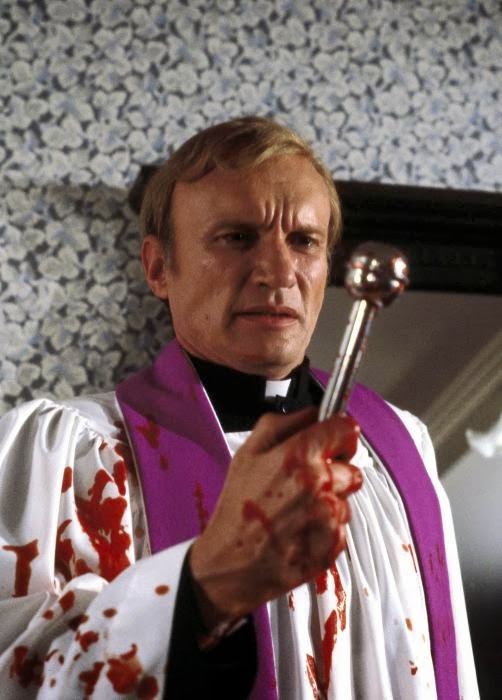 In a desperate attempt to bring peace to the house, Dolores asks the local Catholic priest, Father Adamsky to bless the house (much to Anthony’s chagrin). More hysteria ensures when during the rites, holy water Father Adamsky is sprinkling around the house transforms into blood, fuelling Anthony to throw the priest out of the house. Sonny, whose behaviour has become increasingly moody and strange, is uncharacteristically aloof and hostile to Adamsky. Upon returning to his car, Adamsky is disturbed to find his Bible shredded to bits…

Humiliated, Dolores demands that Anthony go to church and apologise to the priest in a rare show of assertiveness. Anthony reluctantly agrees and the family head off to Mass. All except for Sonny, who stays at home feeling very unwell. The initial attempt to eradicate evil spirits from the house only has invoked ‘them’ further, and they’ve set their sights on Sonny as a prime target for demonic possession.

Alone in the house, Sonny is tormented by the entity which he cannot see, until it overtakes him and enters his body. His unsuspecting family arrive home, completely unaware the eye of the storm is only just approaching, and is about to erupt in a typhoon of incest and murder. It will be up to Father Adamsky to uncover the terrifying secrets of the house and ultimately, to purge the demon that has taken control of Sonny. Will Good win over Evil? 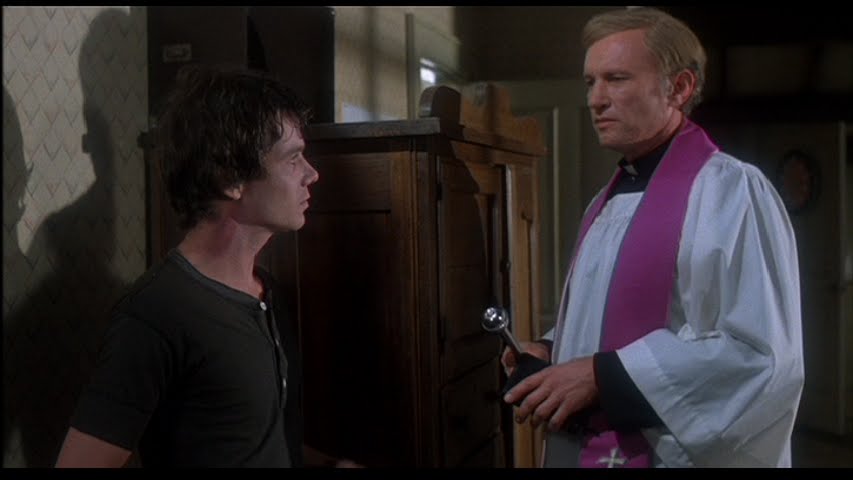 Amityville II: The Possession marked talented Italian director Damiano Damiani’s (Confession of a Police Captain, How to Kill a Judge) first U.S. based film. And indeed, though it features all the hallmarks of a North American production, the film is punctuated with many typically Italian genre cinematic flourishes, the most notable being is that doesn’t shy away from ‘taboo’ subjects such as domestic violence and incest (the latter being a particularly uncomfortable, disturbing subplot).

Decidedly more graphic, exploitative and downbeat than the much more sedate original (though not a hackjob – it actually far surpasses the first film), a genuine impression of evil and dread emanates from the screen. The superb cinematography fills the Montelli house with gloomy shadows and an overall oppressive, dark atmosphere, even during sunny days.

The invisible evil spirits are depicted by some excellent POV camerawork, most notably when Sonny is menaced and possessed by an entity – the camera relentlessly pursues him, flies above him, and zooms in on his agony when the demon enters him. Also notable are the tension-building scenes of the camera prowling the silent house at night, roaming down hallways and up stairs, occasionally pausing to capture some form of paranormal activity (such as a tablecloth flying over a crucifix hanging over the wall to cover it up).

All accompanied to Lalo Schifrin’s unforgettably creepy score (the title track, best described as a wonderful combination of a young girl singing a haunting melody, piano and menacing violins would have to be one of the best and most recognisable compositions from a horror film). John Caglione, Jr provides a gruesome showcase of jack-in-the box special effects, ranging from mini-oceans of blood oozing down the walls and floors, to ominous hooded figures lurking in the basement, to the jaw-dropping film’s conclusion.

Writer Tommy Lee Wallace mixed a combination of factual and fictional elements into his screenplay. The real-life DeFeo family were also deeply troubled even prior to moving into the Amityville house. Similar to Anthony Montelli, the DeFeo patriarch Ronald DeFeo, Sr, was a hot-tempered bully, prone to using his family as a punching bag. In his role as Anthony Montelli, Burt Young creates one of the most hateful, repulsive family men in cinematic history.

With his slob-like appearance and crude mannerisms contrasting sharply with the genteel surroundings of his new neighbourhood, the perpetually angry Montelli flies into a rage at his long-suffering brood at the drop of a hat, automatically assuming the supernatural happening are them playing up. His wife Dolores is a throwback to the stereotypical 1950’s housewife, staying quietly in the background and loyal to her monster of a husband.

Overwhelmed by both the alarming events occurring and the disintegration of her white picket-fence suburban dream, Dolores’ nerves are permanently frayed, and she appears to be the verge of a nervous breakdown (who can blame her – look at what she’s married to!) The two youngest children, Jan and Mark are complete non-actors (with a grating TV-commercial-like ‘cutesiness’), but fortunately they have relatively minor roles.

Both Diane Franklin as Patricia and Jack Magner as Sonny deliver bravura performances. There is a queasy undercurrent of flirtation and sexual tension between the two oldest siblings, even before the possessed Sonny seduces his sister (there were – unsubstantiated - rumours of an incestuous relationship between the real life siblings Ronald Jr and Dawn DeFeo). 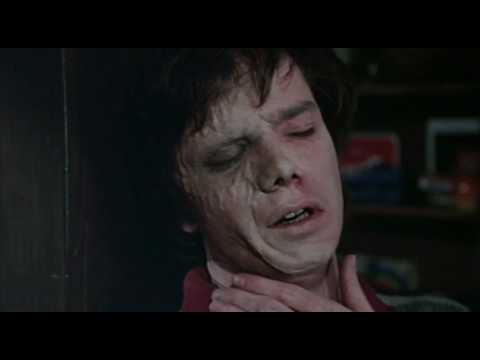 Franklin capably brings an intriguing duality to her character – she initially appears to be naive and innocent, but later tells Sonny that she doesn’t regret what happened between them. Magner shines in the film’s most challenging role, transforming from easygoing teen reluctantly under the thumb of his father to a hellish demonic creature.

Throughout the picture, as demonic oppression manifests, Manger gradually becomes more and more sullen and outwardly aggressive, and his face slowly alters from ruggedly handsome to repellent and deformed-looking. Without overacting, he truly exudes an evil presence via the transformative makeup, expressions and mannerisms. 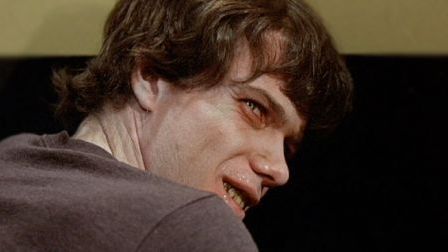 Surprisingly, given such a strong debut performance in Amityville II, Jack Magner only appeared in one more movie (Firestarter) before completely opting out of acting. Prior to a 2013 retrospective screening of Amityville II held in Melbourne by the Cinemaniacs film group, Magner was contacted for an interview to discuss his work in Amityville II, but point-blank refused to talk about the film.

Though hardly featuring the most original plot (The Exorcist has a lot to answer for) nor the highest quality of acting or dialogue at times, Amityville II: The Possession is still a bona-fied classic fright flick. It’s rare for horror sequels to be better than the first movie. 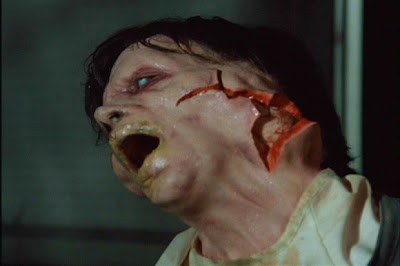 But Amityville II happens to be one of those exceptions, with its stylish direction, striking visuals, vivid special effects, and a fast paced ‘carnival ride to hell and back’ narrative. Its willingness to plunge into the darkest depths of family dysfunction also effectively adds to the grim atmosphere. If you’re in the mood for cinema that cranks up the chill factor to 11and doesn’t let go, Amityville II is it.

If you enjoyed Michelle’s post, be sure to leave a comment and check out her blog Chelle’s Inferno, and join her Facebook Page for awesome updates and interesting links! - Kate