Seeing as Valentine’s Day is coming up this Friday, I thought I might tell you the story of Sid and Nancy, one of the bloodiest and morbid relationships the world has seen. As always, proceed with caution. Drug use, violence and death to follow.

Sid, the second bassist in the edgy Punk Rock Band of the 1960s The Sex Pistols, met Nancy Spungen in 1977 in London. She had traveled from the United States to England specifically to bed a Sex Pistol. Their tumultuous relationship led to the break up of the Sex Pistols. 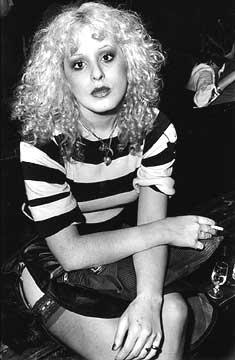 When looking at Nancy’s childhood, it’s easy to see that she was destined to have a violent life. She was raised in the suburbs and threw ferocious tantrums even as a baby. She was given her first sedative at three months old. At age 4, she began seeing a psychiatrist. At 11, Nancy attacked her mother with a hammer, because she wouldn’t take her to a museum. This violent behaviour was coupled with drugs, beginning when Nancy turned 14 years old. An addiction that would stay with her for the remainder of her life. 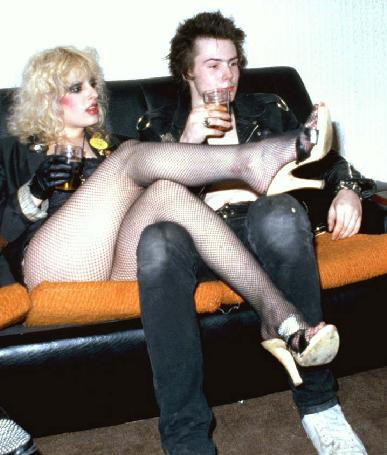 After their not-so-chance meeting, Sid and Nancy were inseparable, in a very co-dependent, addicted way. They found that their relationship, and heroin, were the only things worth doing anything for in their lives.

After the band’s break up, Sid and Nancy moved to New York for a drug binging holiday. They stayed in a hotel room with their kitten, Socks, strung out and barely functioning. As time went on, and their binging increased, they began to beat their frustrations out on each other. Nancy was often spotted sporting bruises and cigarette burns, with new ones appearing faster than the old could heal. 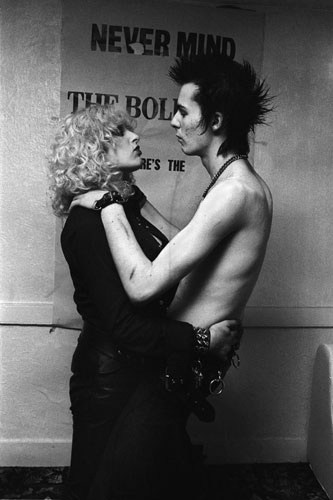 The couple attempted to get clean, signing up at the Spring Street Methadone Clinic, but Vicious suffered beatings from the other addicts. Eventually he and Nancy started taking methadone in addition to their other recreational drugs. 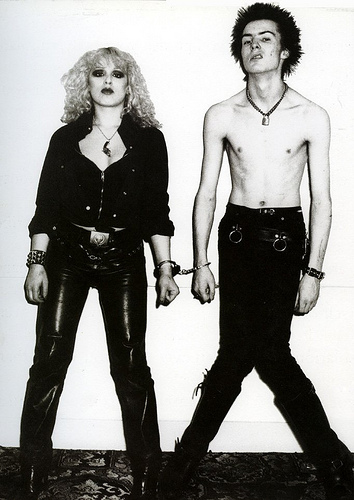 One morning at about 7:30 a.m., the sound of a woman moaning woke up Vera Mendelssohn, a 48-year-old woman who lived next door to the couple Room 102 of their hotel. She believed the moaning came from Room 100; Sid and Nancy’s abode. Mendelssohn described the sound as “coming from a person who was alone.” She said she was “very frightened” and stayed in bed rather than getting up to investigate. The moaning eventually stopped, and Mendelssohn went back to sleep.

At 9:30am, Herman Ramos, the clerk on duty, received a phone call from outside the hotel. “There’s trouble in Room 100″. Ramos sent the bellhop to check on Room 100. Moments later Sid Vicious called the front desk, saying “Someone is sick… need help.” Ramos called for an ambulance. 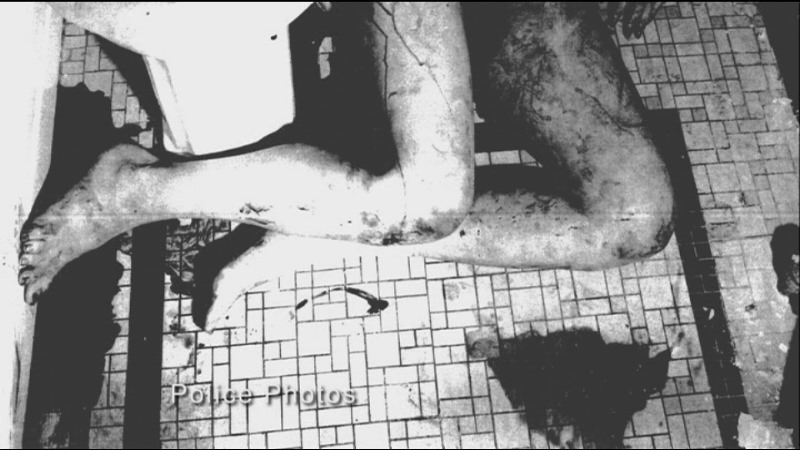 At 10:30 am, they found Nancy’s body in the bathroom and determined that she was dead, then called for homicide detectives. The officers on the scene located Vicious in the hallway and held him for questioning. Vera Mendelssohn came out of her room when she heard a commotion in the hallway. She saw Vicious surrounded by policemen.

” He was distraught and crying, moaning “Baby, baby, baby.” When he noticed Mendelssohn, he said to her, “I killed her… I can’t live without her.” Vicious was taken to the Third Homicide Division on 51st Street where he was questioned and made a statement, confessing to the murder of his girlfriend. “I did it because I’m a dirty dog,” he allegedly told police. 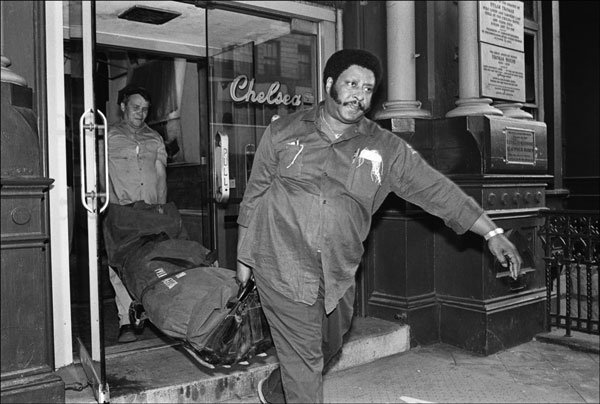 Whilst on bail, Vicious attempted suicide by way overdosing on methadone and slashing his arm. His mother discovered him and called for help, saving his life. On October 28, he made another attempt to kill himself, slashing his wrists with a razor blade and a broken light bulb. He screamed, “I want to join Nancy, I didn’t keep my part of the bargain.”

By December, Vicious had found a new girlfriend, actress Michelle Robinson, but by all accounts she was no substitute for Nancy in his heart. Together they made the punk club scene in Manhattan, Vicious frequently obnoxious and belligerent. Vicious was soon arrested for various assault charges and sent back to Riker’s Island where he spent seven more weeks in the prison detox unit. 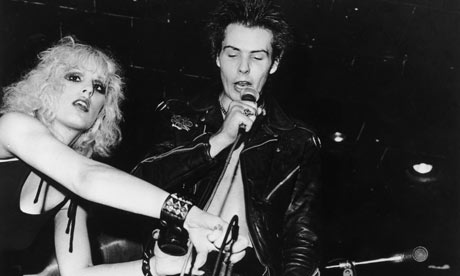 Vicious was released two months later, and he immediately went back to heroin, this time supplied by his mother. At a party, Sid shot up and still demanded more. After some time, he passed out on the bed. Friends offered to take him to the hospital, but he refused to go. He drifted off and was left alone in the bedroom. Sometime during the night he woke up, found his mother’s purse, and took the rest of the heroin. The next morning he was found dead.

Did Sid and Nancy have had a suicide pact in place, but Sid couldn’t hold up his end of the ‘bargain’ because he was too high? Was it an accident? Drug fuelled rage?

Hope you enjoyed this week’s Macabre Monday: Love Edition. What are the creepiest, most awful love stories you’ve heard? Comment below!