We are back with Part Due of Michelle from Chelle‚Äôs Inferno Introduction to Italian Horror! To view part uno, click here 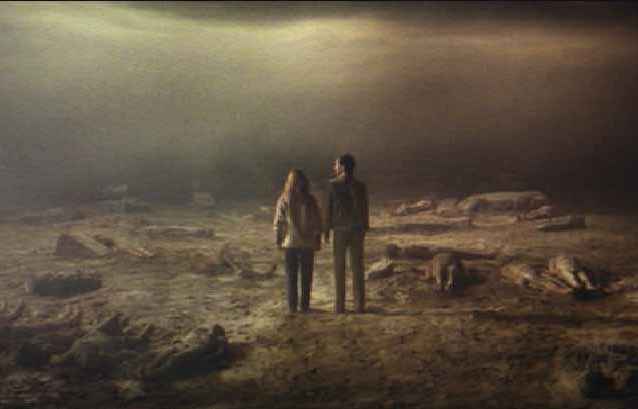 The best and most accessible of this cycle of films is The Beyond (1981). A woman inherits an old New Orleans hotel. Almost immediately after moving in, alarming incidents start occurring, such as a grisly hand emerging from a false wall in the cellar and tearing out the eyes of a hapless handyman who stumbled across the wall. The woman eventually discovers that the hotel has been built over one of the seven gateways to Hell and that‚Äôs what the false wall is concealing. This discovery triggers much grisly mayhem ‚Äď an army of zombies descends on the local hospital, gigantic spiders devour a man alive, faces are fried with acid, amongst other bloody chaos. With moments of true surreal beauty and rich Gothic atmosphere, The Beyond is a very gory (in a comic-book sort of way) visual delight, shot on plot but highly entertaining.

The House by the Cemetery (1981) is another good introductory movie. As in The Beyond, the storyline involves innocents unwittingly moving into a dwelling inhabited by evil forces. An academic, his wife and young son move into a creepy old New England house situated next to a cemetery. The house has a sinister history ‚Äď it is the former residence of Dr Freudstein, a 19th-century medical experimenter who had murdered his wife there. But there‚Äôs also another dreadful secret to the house. Dr Freudstein has managed to keep living for 150 years via transplants of blood cells ‚Äď living victims‚Äô blood cells. Residing in the basement, Freudstein has his (maggot-infested) eye on some fresh meat ‚Äď the young family who‚Äôs just moved in…I‚Äôm a fan of haunted house films and have to say that The House by the Cemetery is a winner. Combining splatter with dense atmosphere nicely, House also features a moody, haunting score. The child who plays the young son has been saddled with rather unfortunate dubbing and is thus very grating (the bane of these sorts of pictures), however the film‚Äôs tension and claustrophobia overrides that. If you want a good 80‚Äôs old-school flick for scary movie night, you can‚Äôt go wrong with The House by the Cemetery.

Mario Bava, now considered ‚Äėthe grandfather of Italian horror cinema‚Äô (alongside Riccardo Freda) was another director who was unfortunately under-appreciated in his lifetime. A gifted director, cinematographer and visual effects artist, he is now considered a enormously influential filmmaker whose work has influenced ¬†the likes of Tim Burton, Quentin Tarantino, Martin Scorsese, Dario Argento, John Carpenter and others. Bava was an all-rounder, working in various genres such as westerns, sci-fi, action and crime films, but it is his horror films that he is best known for. He single-handedly kickstarted the giallo and modern slasher genres (with The Girl Who Knew Too Much (1963) and Bay of Blood (1971) respectively). He was also highly skilled at bringing a sumptuous Gothic look to particular films, such as the groundbreaking Black Sunday (1960). Many of his productions featured his trademark stunning photography, making great use of lighting (in particular his use of primary colours were to inspire the look of Dario Argento‚Äôs Suspiria), set design, and camera technique. Fortunately the legacy of such late, talented artists such as Mario Bava and Lucio Fulci lives on, as younger generations discover, appreciate, discuss and are inspired by the works of these maestros. 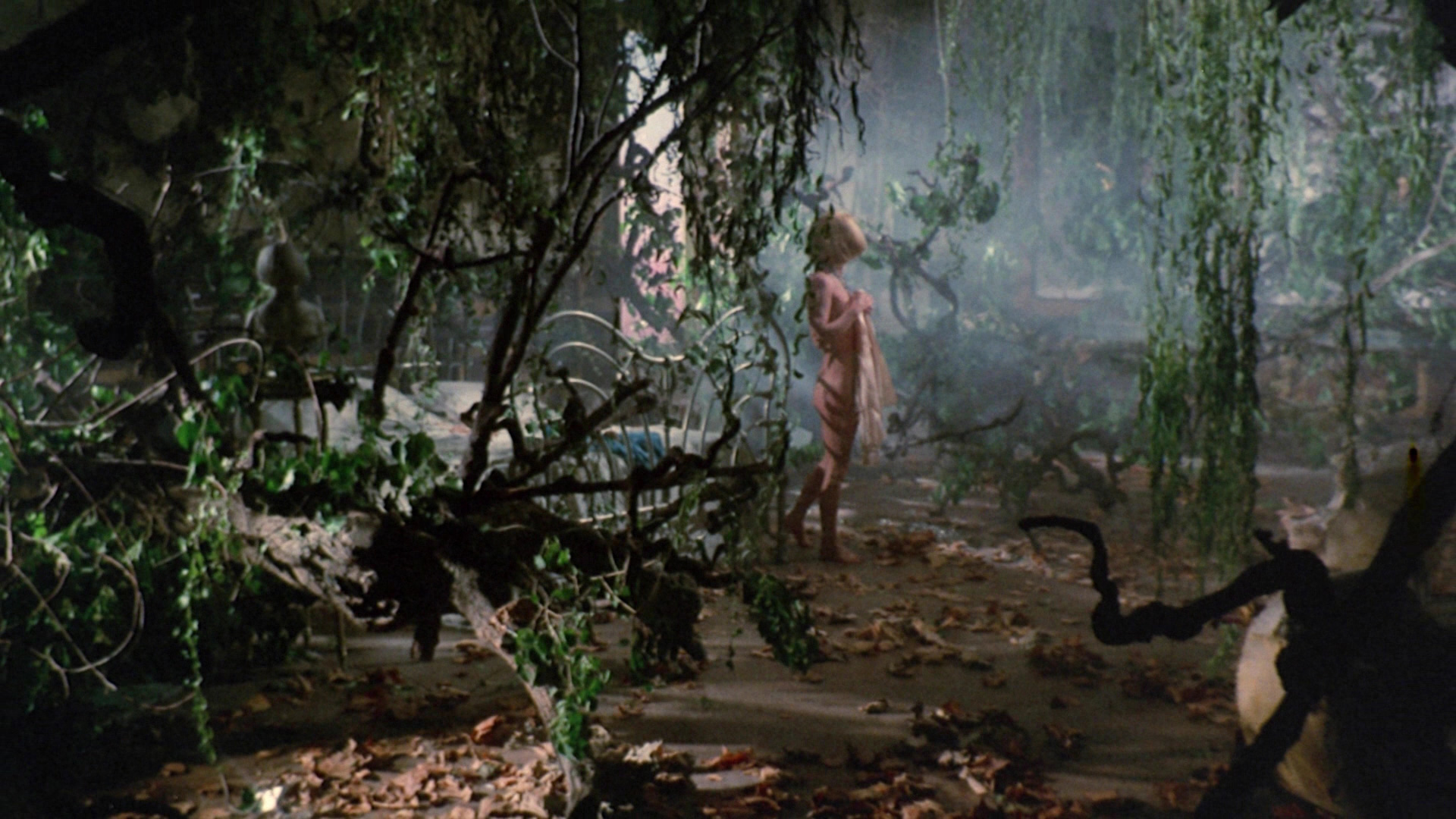 A prime showcase of Bava‚Äôs immense talent is Lisa and the Devil (1973). A young American tourist gets lost from her group in an ancient Spanish town. She is assisted by members of a family of Spanish aristocrats who invite her to stay overnight in their gloomy, isolated mansion.¬† The women is unaware of the whirlpool of danger encased within the walls of the crumbling villa ‚Äď it is plagued by supernatural evil and populated with weird characters such as the neurotic, blind Countess and a sinister butler who bears an uncanny resemblance to the Devil as represented in an a painting. Behind the doors of the dusty, seemingly lost-in-time rooms, lie other secrets, such as putrefying corpses and a whole lot of other family skeletons involving necrophilia, incest and murder. Haunting and surreal, Lisa and the Devil provides a sublime, unforgettable viewing experience. 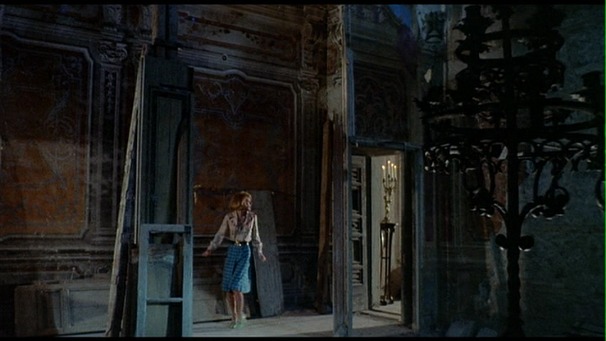 Rather than being a typical ‚Äėscary mansion‚Äô horror film, it‚Äôs a romantic Gothic thriller with typical Bava-esque flourishes. The luxurious furniture and colourful paintings that fill the villa contrast beautifully with the morbid, decaying mood, which is occasionally visually represented by unsettling setpieces such as a vegetation-infested bedroom, and the aforementioned decomposing corpses. Lisa and the Devil is a little more slow-paced than Bava‚Äôs other works, but its atmosphere which encapsulates everything from romance to opulence, to insanity and doom, is exceptional. A mesmerising, rewarding film. 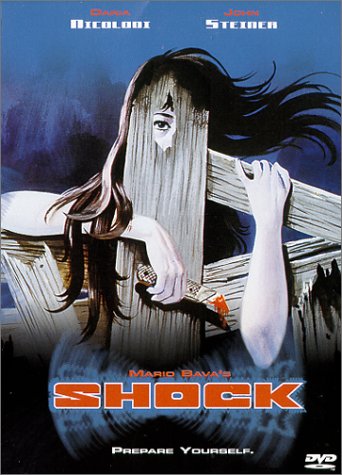 Shock (1977) was Bava‚Äôs last feature film before his death in 1980, and is a worthy finale to an illustrious body of work. A couple who have recently moved house discover that it is haunted by the restless spirit of the woman‚Äôs former husband, who died in questionable circumstances. The ghost seems to be targeting the woman‚Äôs young son in particular for possession. Or is it all in the mentally fragile woman‚Äôs head?

Shock is an offbeat and genuinely suspenseful psychological thriller with more than enough interesting touches and genuine scares to make it worth watching. Working with a much more economical budget this time around than his previous productions, Bava chose to concentrate on creating a tense, claustrophobic environment within the confines of a family home ‚Äď and succeeds admirably. ¬†The camera restlessly but gracefully prowls the house‚Äôs interior and gardens; photography glides and zooms stylishly; and a use of simple but incredibly effective imagery (in particular, a murderous disembodied hand, ominous ghostly shadows lurking in the dead of night, and the weird ‘appearances‚Äô of the ghost) all add to the eerie, dense atmosphere.

Well, I‚Äôd better sum up for now before I keep blabbering on…hopefully this introduction to some of the gems of the genre ¬†may have piqued your interest if you‚Äôre new to the genre, or just in the mood to see something different. So, just remember to keep in mind that many Italian filmmakers are more interested in mood and imagery than telling a completely coherent story (and be prepared to sit though some dodgy dubbing and non A-grade acting. Then sit back and enjoy the cinematic carnival ride that is Italian horror cinema!

Hope you enjoyed this two-parter article as much as I did! I am a huge fan of Michelle‚Äôs writing, and I hope you do too! Don‚Äôt forget to check out her blog and let her know! -Kate