I apologise for this post going up on Wednesday! Unfortunately during this time while I am moving domains and changing my blog platform, the scheduling got a little messed up! So here is your Macabre Monday…on Wednesday. Let’s just call this Weird Wednesday and move on!

So this is not only a creepy post on my new blog feature Macabre Monday, but also something a little more personal. I thought I would talk about my fear of clowns. I wouldn’t go as far as to say I have full blown Coulrophobia, but they do make me uneasy. And let’s just say when the circus comes to my town, I don’t attend.

Coulrophobia is one of the most common fears, along with arachnophobia (fear of spiders). I wasn’t always troubled by clowns, but I can pretty much pinpoint when the fear started.

I seem to remember being around 11 or 12, and flicking through the channels of Austar (Australian satellite TV) when I noticed a movie on a channel that was called TV1 at the time. It had older shows and classic movies showing on there, so I sometimes watched Seinfeld or Mad About You, all while laughing along when I didn’t really get the jokes. On this particular day they were showing a Stephen King TV Movie called IT.

Without ruining too much of the book or the movie for you, there is a scene near the start where a little boy in a raincoat is peering into a drain after his paper sail boat washes down there. He sees a pair of bright blue eyes and red fluffy hair. It’s Pennywise the clown who is so happy to see him. He offers him a balloon which the little boy is reaching in to take when..

The clown’s face changes and he eats the arm off the little boy.

Now, I can watch this movie (and I have since read the book) without getting too scared. But being an eleven year old who hadn’t even watched I Know What You Did Last Summer yet, I was terrified. I tip my hat to Stephen King. Since watching that movie, I certainly was not a fan of clowns anymore.

Since then, there has been not a great deal of clowns featured in popular culture that I am aware of, apart from Ronald McDonald (who I am not particularly fond of but I am not afraid of him). I occasionally need to suck it up (for example at the Moulin Rouge show I watched they included clowns. So long as they don’t enter the crowd I am usually OK.

So next thing I wanted to talk about is my thoughts on WHY I am afraid of clowns, specifically. I think the biggest reason overall, is the fact that they are hiding their true emotions. Clown makeup specifically only showcases one emotion (usually happiness, but sometimes sadness) and you can never really tell what the person beneath the makeup looks like, feels like, is thinking at all! I like people to be upfront with me and I don’t like hidden feelings. I guess that is kind of where the fear stems from. 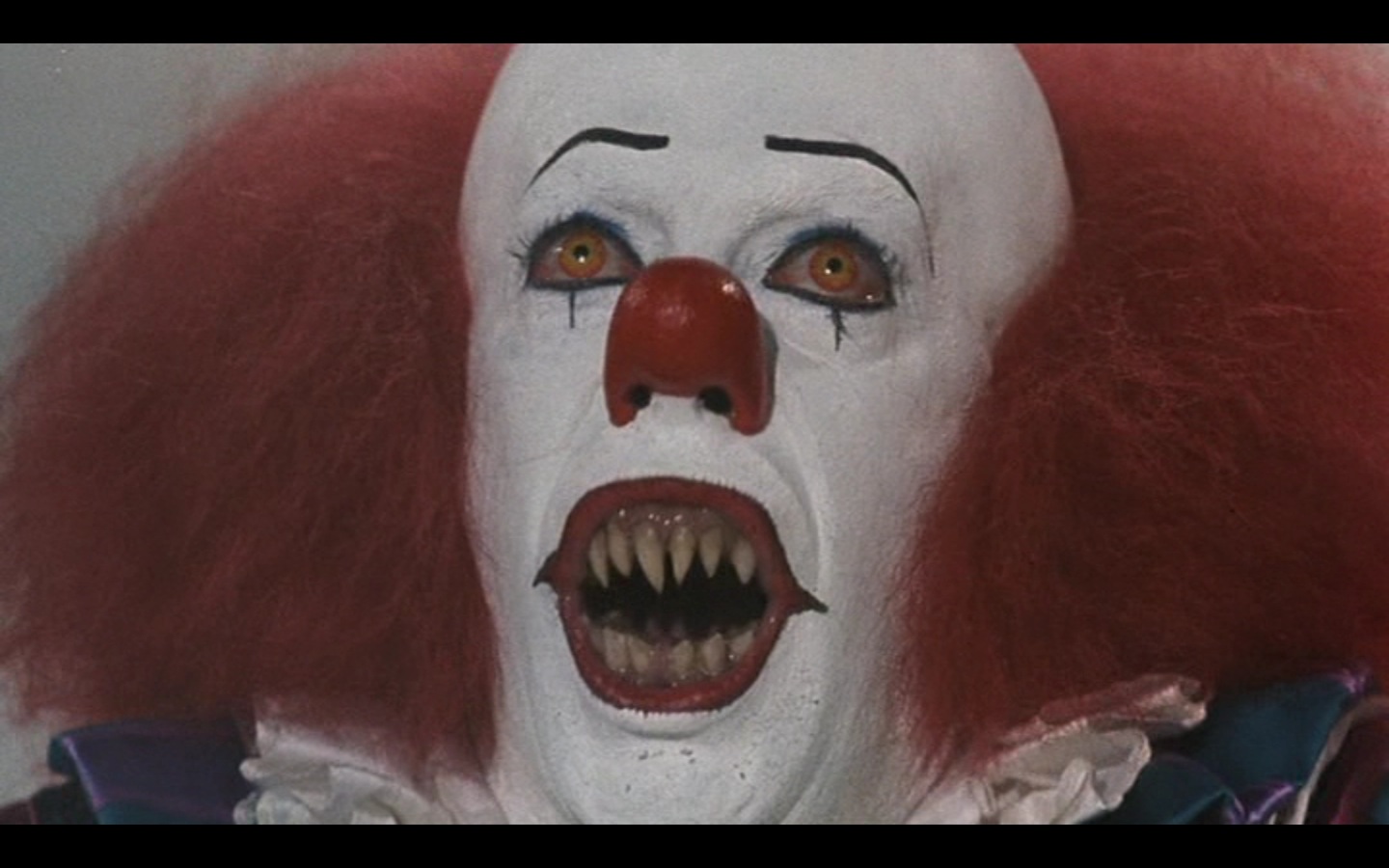 The first and probably most famous creepy clown is the one who created my fear. IT by Stephen King featured Pennywise the Dancing Clown, first in book form, and then portrayed by Tim Curry in the TV Movie (1989). I won’t go too much into this clown, but it is definitely not as it seems! He’s a supernatural creature that can disappear, reappear and shape shift to create fear in his food (ie. children).

The creepiest thing about this unsavoury character is that he is real. He was well known in his neighbourhood for attending charitable events, children’s parties and parades dressed as Pogo the Clown.  He also happened to be a serial killer, and managed to sexually abuse and murder 33 teenage boys that he fancied between 1972 and 1978. He was sentenced to death row, and passed away on May 10th1994 by lethal injection. 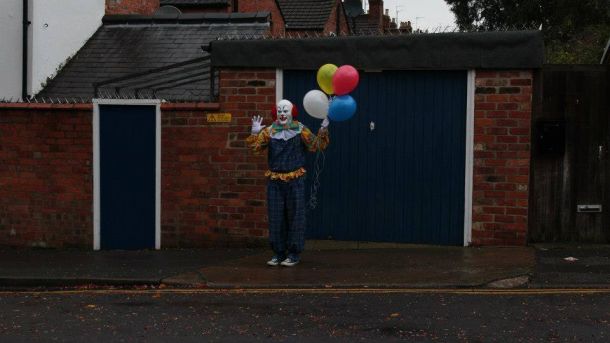 Most recently in September 2013, a mystery clown has been roaming the streets of Northampton in England. He’s been captured sleuthing around dressed as a clown for no apparent reason except to creep people out. He normally lurks in shadows, but sometimes clutches balloons on the street and stares at passers by (pictured above)

Using his Facebook page as a platform, some terrified residents pleaded with the clown to stop. One of the mysterious messages left by the clown begins with Pennywise’s catchphrase ‘’Beep, Beep! Didn’t think I’d be seen tonight. Extremely quiet but there were a few of you who saw. See you all around”.

One local claimed the clown knocked on her door offering to paint her windowsills despite having no materials although the Northampton Clown has denied this.

Are you afraid of clowns too? Make me feel better about my fear!