As always, in Macabre Monday, please read at your own risk. The following may include imagery or triggering content that is not for everyone! 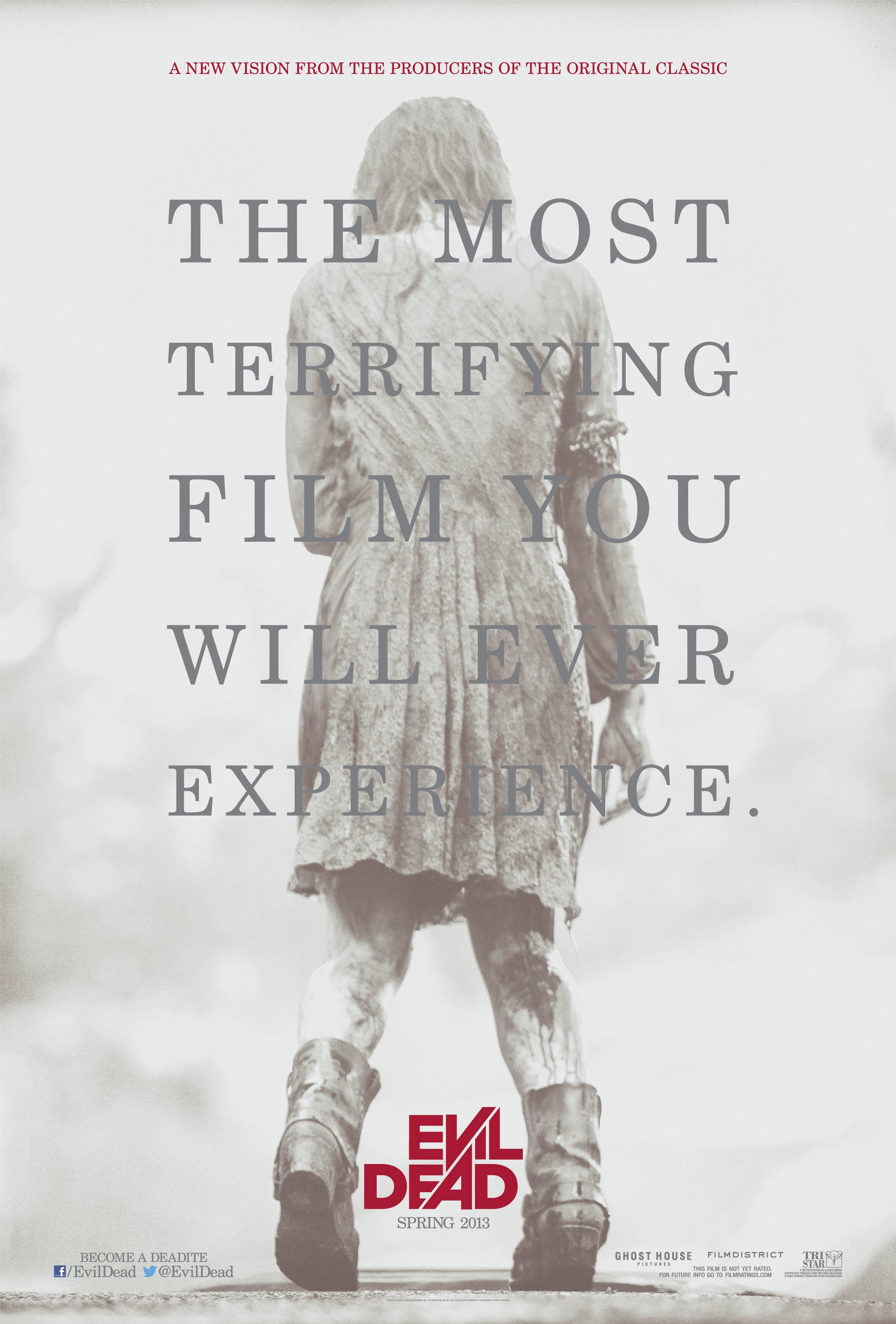 I have to say, without a doubt, that I was completely blown away by the ‘re-imagining’ of the cult classic Evil Dead.

In 1982, the creators of Evil Dead released what is thought to be one of the best horror movies of our time. It was one of the first (and one of the bloodiest) horror movies to shake people to their very core, next to The Exorcist and Poltergeist. 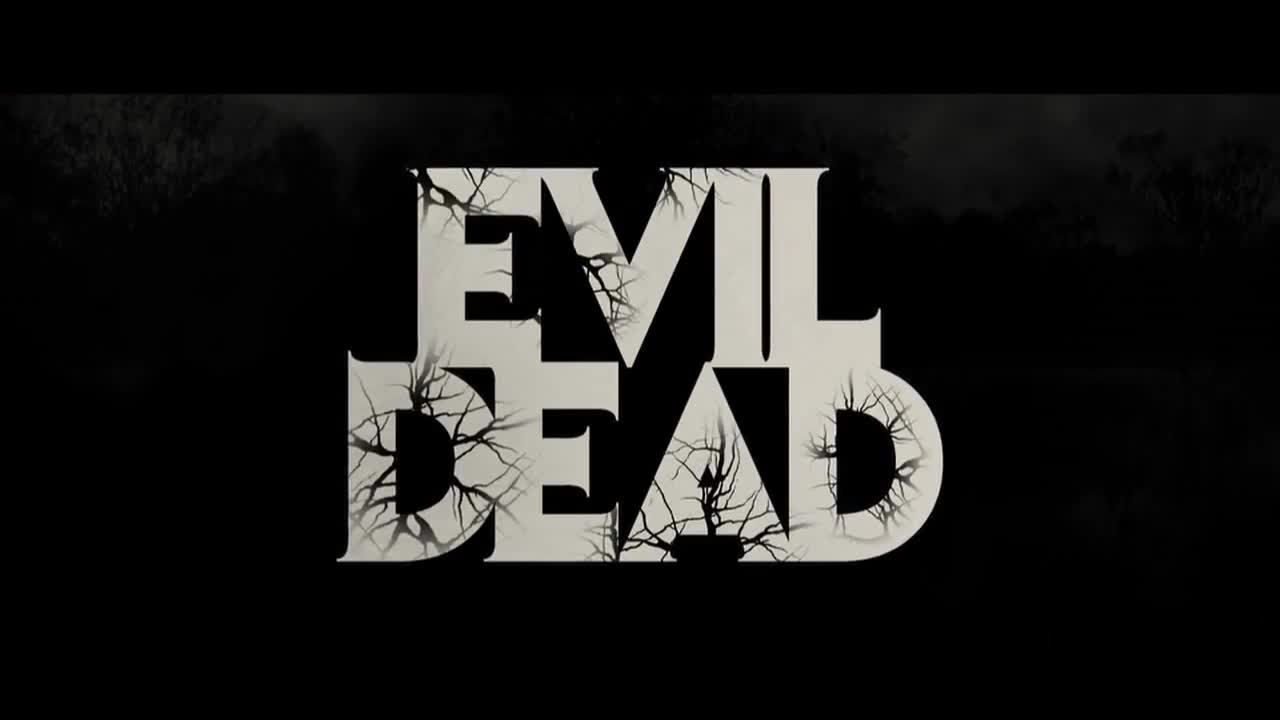 I was understandably ecstatic when I heard they would be releasing a ‘re-imagining’ of Evil Dead, but also very wary. Would the directors be the same? Would the plot be the same, or differing in areas? Is CGI blood and other new technologies in movies going to ruin the effect of the film? 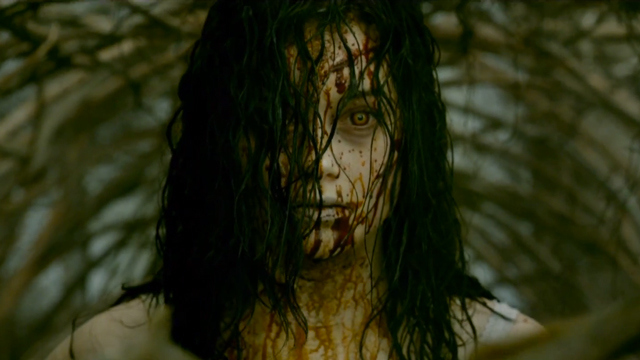 Boy, did they deliver.

The producers of the original franchise of Evil Dead and Army of Darkness continued their Reign of Terror (hehe) with the new film. Sam Raimi (who also directed Drag Me To Hell, another great humorous horror), Robert Tapert and Bruce Campbell (the infamous Ash) teamed together and created another beautiful masterpiece. 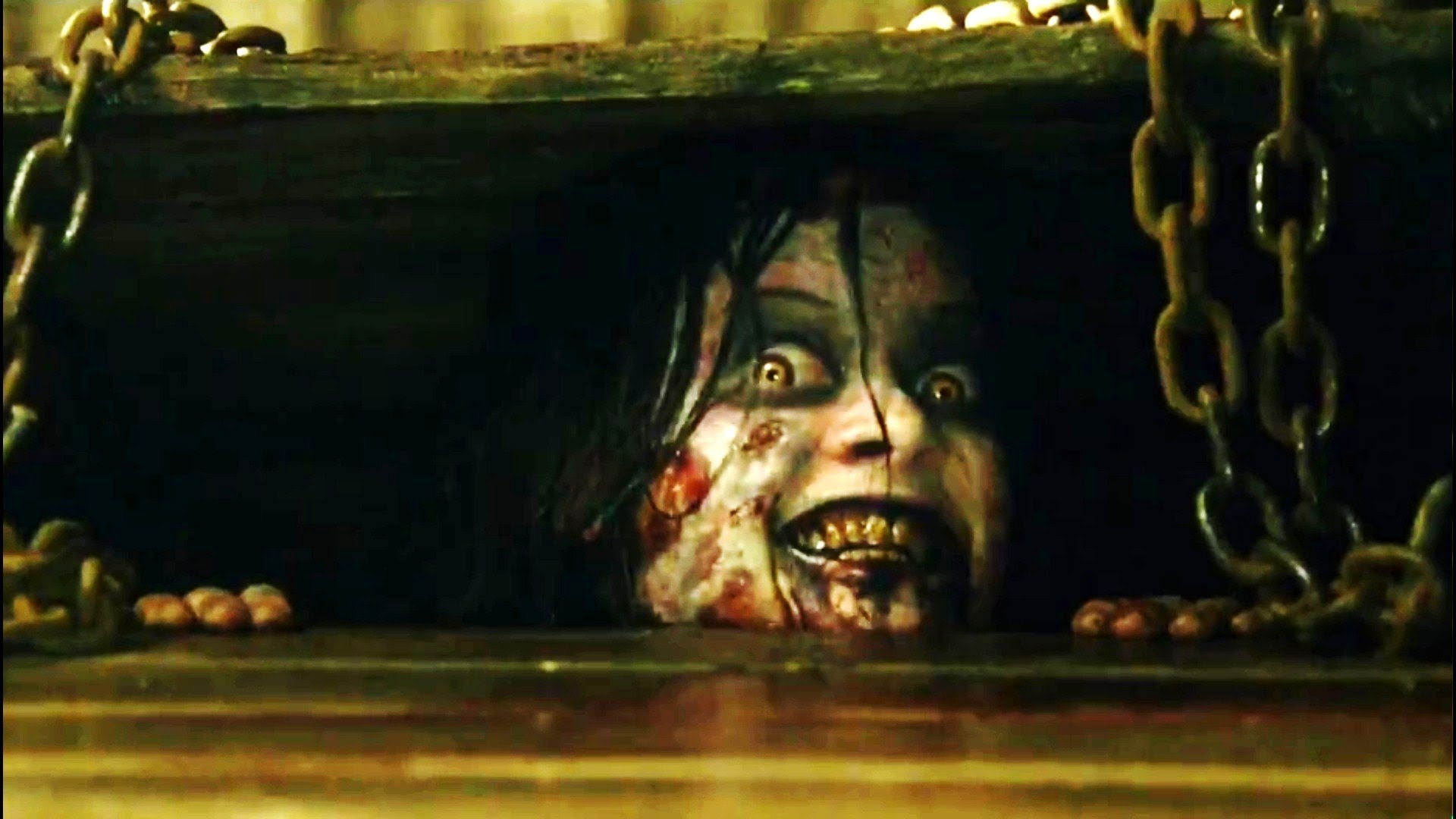 The story begins a little differently to the original film, but holds some key points the same. Mia (played brilliantly by Jane Levy), her brother David (Shiloh Fernandez), their friends Eric (Lou Taylor Pucci) and Olivia (Jessica Lucas), and David’s girlfriend, Natalie (Elizabeth Blackmore), arrive at an old, remote cabin in the woods where they plan to help Mia recover from heroin addiction.

David, having been previously estranged from the group, hopes that being here would allow him to reconcile with everyone. A foul stench leads them to the cellar, where they discover rotting animal corpses, a double-barreled shotgun and a book titled Naturom Demonto, a Sumerian variation of the Book of the Dead.

Ignoring warnings scrawled on the book’s pages, Eric reads a passage aloud, summoning a demon. Believing that there is something coming after her, Mia pleads to leave, but the group refuses, believing she’s suffering from withdrawal. This is when shit goes down, obviously.

I think using the withdrawal of heroin was an awesome way to have the group discredit Mia, and helps make the character’s actions towards her more credible. The added tension between Mia and her brother David helps to rationalise early actions in the film. 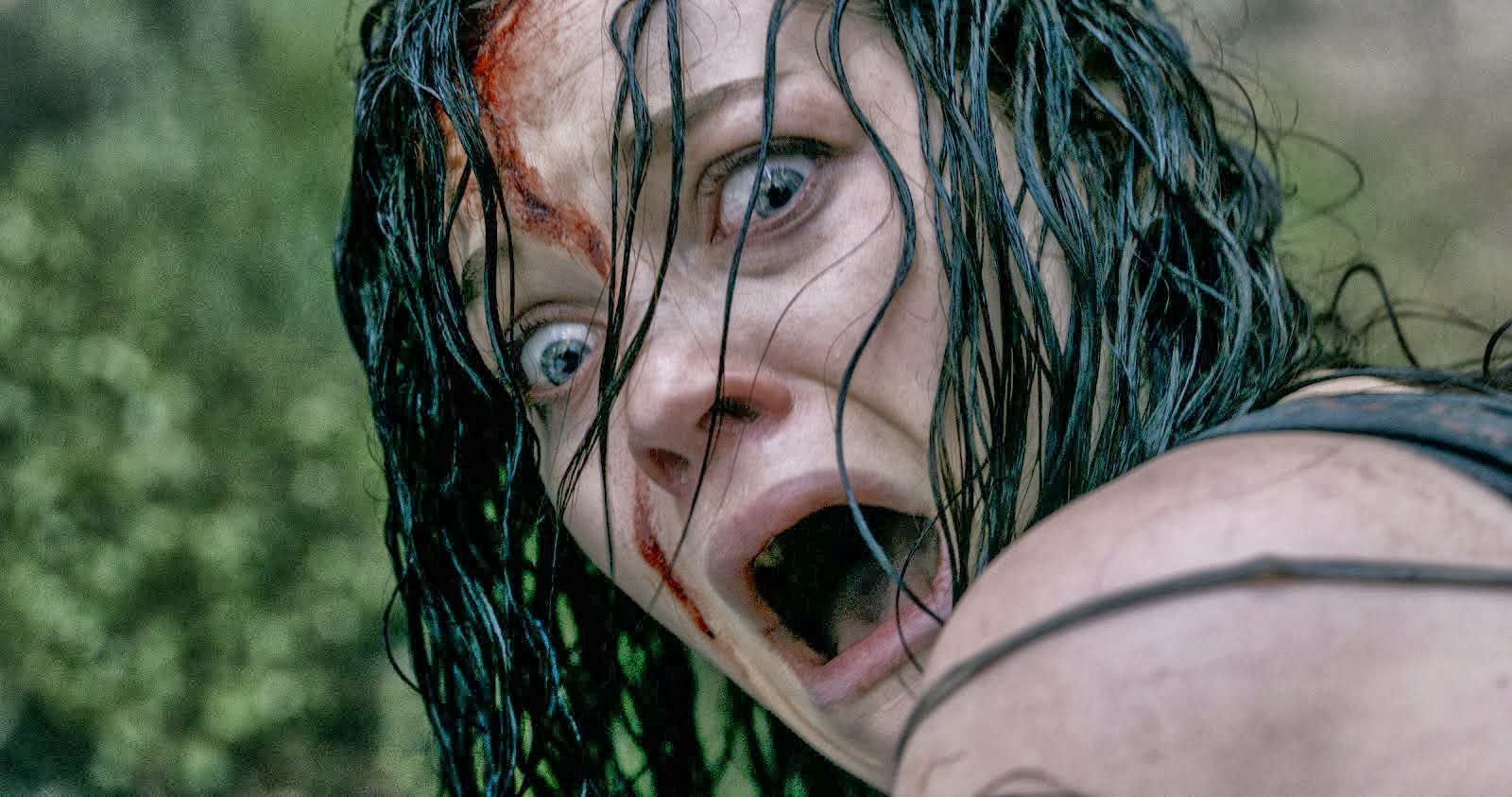 Jane Levy as Mia is grabs hold of your attention from start to finish, and really does a fantastic job as the myriad of different characters that she must play during the film. From the deranged junkie, to the caring sister, to heroine, to DEMON, she masterfully tugs at your heartstrings and makes you want to vomit at times. 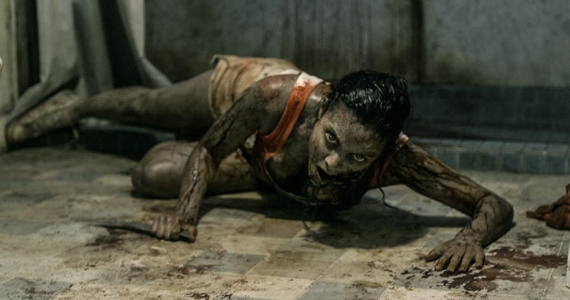 If you haven’t already gathered, or you are unfamiliar with the films, this is an incredibly gory, bloody and deliciously disgusting movie. If you are the faint of heart, or simply don’t have the stomach for gore, this is not the movie for you. The producers went against recent film choices and decided on real (fake) blood to be used instead of CGI blood. I think this is part of what makes the film incredible, because it looks so disturbingly good.

The craft of the film as a whole is quite extraordinary. The shooting style (with loving nods to the board-cam style of Raimi in the original) keeps the pace strong from start to finish. Expectations of jumps and scares render you anxious.

No other film is quite like it, and I think that it is definitely movie of the year in my Book (of Dead).

What did you think of Evil Dead? What was your favourite movie of 2013?