From Sophie’s Choice to The Iron Lady, Meryl Streep has enthralled us for 40 years in many roles. For nearly all that time Meryl has been happily married to just one man – a rarity for the film world.

Her husband, Don, is a successful sculptor who isn’t part of the showbiz world, but he is ‘the linchpin’ of her life and she says: “Our marriage and our children and their wellbeing inform all the decisions we make.”

In 1976, just as Meryl was beginning to be successful, she met John Cazale when they both appeared in Shakespeare’s Measure for Measure. He had played Fredo Corleone in the first two Godfather films and was already recognised for the intensity of his acting. Meryl and John fell head over heels in love and moved in together. John told her that when he got his first big break they would marry.

To their delight, they were both cast in major roles in the film, The Deer Hunter but, shockingly, by the time it came to be made, John was found to have terminal bone cancer. His condition was so serious that he was uninsurable and it was only the insistence of the director and a threat by Meryl to leave the film that stopped the producers firing him. Instead, filming was rearranged so all John’s scenes were shot first, while he was still well enough.

Throughout, Meryl was by his side. “I’ve hardly ever seen a person so devoted to someone who is falling away like John was,” said co-star Robert de Niro, “To see her in that act of love for this man was overwhelming.”

When the film ended she moved into the hospital with him. He didn’t survive long enough to attend the premiere of the film and died in March 1978, aged 42.

Meryl couldn’t bear to stay in the apartment they had shared. That is when a friend of her brother’s, Don Gummer, offered her his place as a refuge while he was away travelling. He has since said: “Meryl was shattered by John Cazale’s death and I did what I could to help and pretty quickly I realised I was falling in love with her.”

To the surprise of some, in September of that same year, Don and Meryl married. She admitted: “I haven’t got over John’s death, but I’ve got to go on living and Don has showed me how to do that.” Their long and happy marriage, they celebrate their 39th wedding anniversary, this year, proves how right those instincts were.

But perhaps she still carries her first love with her in the commitment she has brought to every role she plays? John Cazale was admired for his ability to inhabit a role. And that is what she does, too. By her devotion to her acting she honours his memory and that of a remarkable career cut tragically short.

When she played Lindy Chamberlain in A Cry in the Dark (about the dingo baby case) she visited Lindy in prison to understand her character better.

While filming Out of Africa, there was a long take where she had to be calm and dignified as she met a line of servants in the intense heat. She filmed it perfectly, but as soon as it was over tore off her dress to reveal an enormous insect that had been crawling around inside.

Cher, with whom Meryl co-starred in Silkwood, said: “She is an acting machine in the same sense that a shark is a killing machine. That’s what she was born to be.” But what Cher also discovered, to her surprise, was the less well-known Meryl who is a mum and loves to cook, and look after her house.

“We’d knit, crochet and talk about our kids so much I thought something was wrong with us, that we didn’t have an existence outside of them. Then I realised we were just two proud mothers.”

And that’s the side Meryl shares with Don. They live ‘as far away from Hollywood as possible’ in Connecticut. While they live in some style (their property has a 47-acre lake!) they share a down-to-earth attitude to their home and family.

Meryl has said the secret of a happy marriage is ‘goodwill and a willingness to bend – and to shut up every once in a while’.

The actress who endeared herself to us over-50s when she went up to get her 2012 Golden Globe award and exclaimed: “Oh [bleep] I’m going to have to remember my speech, I forgot my glasses!” isn’t afraid to be herself.

And life, sometimes cruelly, has taught her what really matters. She said after John Cazale’s death: “I learned what really is important. I found what is true and what’s not worth pursuing.”

Meryl Streep and Don Gummer at the Oscars

There’s no doubting that Don is a supportive husband - he’s been Meryl’s faithful plus one to the Oscars throughout their 40 year relationship. To mark the four decades of red carpet appearances - often patiently waiting while reporters talk to his famous spouse - the couple’s daughter Louisa Gummer tweeted during the 90th Oscars ceremony that she and her siblings gave him his very own Oscar for accompanying their mother so faithfully!

She said: ‘Fun fact: we once made my dad a fake Oscar for acting comfortable at these things for 40 years straight’.

How old is Meryl Streep?

She and Don Gummer have four children: Henry, Mamie, Grace and Louisa. Her two eldest daughters, Mamie and Grace followed in her footsteps as actresses, while Louisa is a model. Her son, Henry, is a musician.

Her first movie was a cameo opposite Jane Fonda in Julia. She later said of the experience: “I had a bad wig and they took the words from the scene I shot with Jane and put them in my mouth in a different scene. I thought, I’ve made a terrible mistake, no more movies. I hate this business.”

But despite that difficult start, she went on to make The Deer Hunter, Holocaust and The Seduction of Joe Tynan, before hitting the big time with her role in Kramer V Kramer.

What films has Meryl Streep been in?

Meryl’s back catalogue is a whopper, but she’s best known for Sophie’s Choice, Kramer V Kramer, The Iron Lady, The French Lieutenant’s Woman, Ironweed, Postcards from the Edge, The Bridges of Madison County, One True Thing, The Devil Wears Prada, Julie and Julia, Into the Woods and Florence Foster Jenkins.

She left her first Oscar, for Best Supporting Actress in Kramer v Kramer in 1979, on top of the toilet!. She has been nominated 18 times for an Oscar which prompted her to say in her 2012 acceptance speech for The Iron Lady, people were saying, ‘Oh no, come on, why her again?’

For a time, an unfounded rumour that Meryl and Robert Redford were a couple circulated - even suggesting they might get married! But there doesn’t seem to be any truth behind this whatsoever.

Katharine Hepburn wasn’t a fan, though, and suggested she had a mechanical acting style: “You can see the wheels go click, click, click in her head.” In 1981, Katharine beat Meryl to win the Oscar for Best Actress. 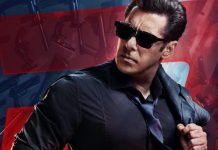 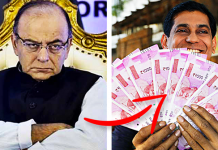 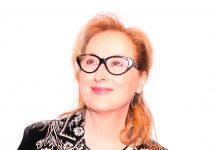 How To Make Mascara At Home?

Tutorial For Beginners: How To Wear Liquid Eyeliner