**SPOILERS BELOW** When I was searching for my next Christmas-themed horror, I realised how many duplicated movie names there are. One example is Jack Frost. The horror released in 1997 is the one I watched. In 1998, there was a family friendly movie of the same name. I wonder how many times people have gotten them confused

A forewarning, I didn’t particularly like Jack Frost. I am sure it would definitely have a following, albeit a small following. Similar to the Chucky (1994) premise, a serial killer dies in a freak accident, and is reincarnated into an unlikely inanimate object. This time, it’s a snow man. The snow man terrorises the town in a series of gruesome, grisly murders, and is finally over come when the Sheriff kills him with….ANTIFREEZE. Hah.

The reason why I didn’t like this movie wasn’t even the bad plot idea. I love bad plots. I adore them. It was the poor visuals, silly score and the lack lustre and unimaginative death scenes. I just feel like it could have been gorier, even with it’s small budget. I am certain that lovers of this movie will claim that these reasons are why they love it, which is great. But it just didn’t do it for me. It did make me laugh out loud quite often, but more out of “I can’t believe this got released” and “Are Jack Frost’s hands really mittens” more than anything else. There is also a pretty cringe-tastic rape shower scene that involved his nose carrot. ಠ_ಠ

Would I watch it again? No. But hey, it put me in a festive, spooky mood and I definitely appreciated it more than Michael Keaton’s ‘heart warming family movie’ released in 1998: ech.

Are you appreciative of terrible Z-Grade movies?

Check out #mintmas on all social media to get up to date! 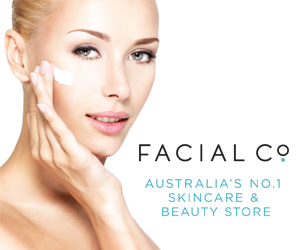