Animals are such agreeable friends - they ask no questions; they pass no criticisms. - George Eliot

When I heard about Dropcam‘s challenge to share your pets funniest quirks and stories, I thought it was a great idea to spread some rat love (one of the most misunderstood animals as pets) and participate! Rats are incredibly social animals, and love both rat and human interaction. 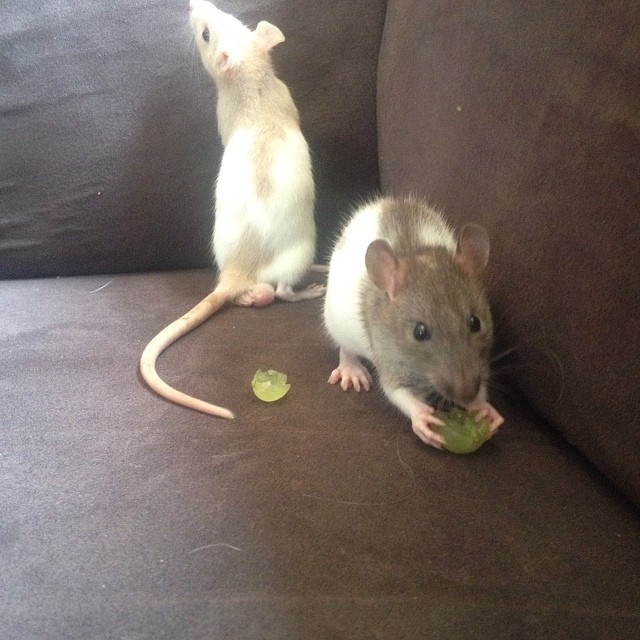 Rats are better than television; there I said it. I think one of the best things that Shannon and I have done as a couple was to buy our little ratty friends to share a portion of our lives with. As you know, we currently have Anakin, Felix and Klaus, all of whom were purchased from our local pet shop. 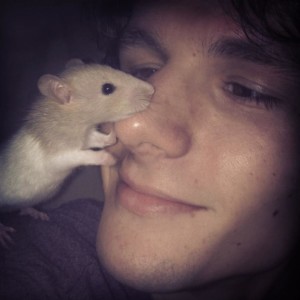 We also recently lost Kramer (Anakin’s brother). He was incredibly special to us, and even in his short time he gave us so much joy! 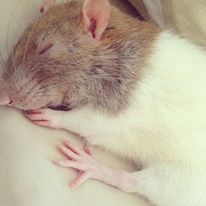 They provide us with endless entertainment, so I can’t even imagine what we would capture on a camera like Dropcam offers!

Anakin is our resident laze ball rat. He often stuffs his mouth full of any food we offer and runs off to hide. Peas are his favourite, I am guessing because he can fit so many in his mouth! I’ve seen him stuff probably around six peas into his gob. He then proceeds to hide behind the safety of a cushion, spit out all the peas and eat them individually. Naturally.

He used to be a bit more active when he was younger (seen in the video above) but at almost 2 years old, he is starting to slow down. 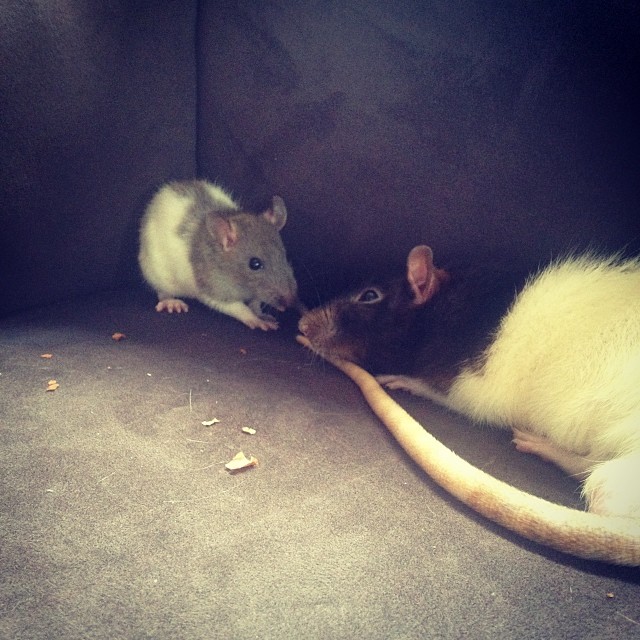 Klaus has become known to Shannon and I as Anakin’s shadow. You rarely see one without the other, and they adore cuddling up together. Due to Anakin’s spongy, squishy-ness, I imagine he makes an awesome pillow! Klaus certainly thinks so. Felix is a huge adventurer, and loves investigating every crevice and climb every cushion. I like to imagine him as a sort of rat version of Edmund Hillary; our couch probably seems like Everest to a rat anyhow! We will often find Klaus and Anakin asleep while Felix braves behind the blinds or attempts to leap onto the coffee table. 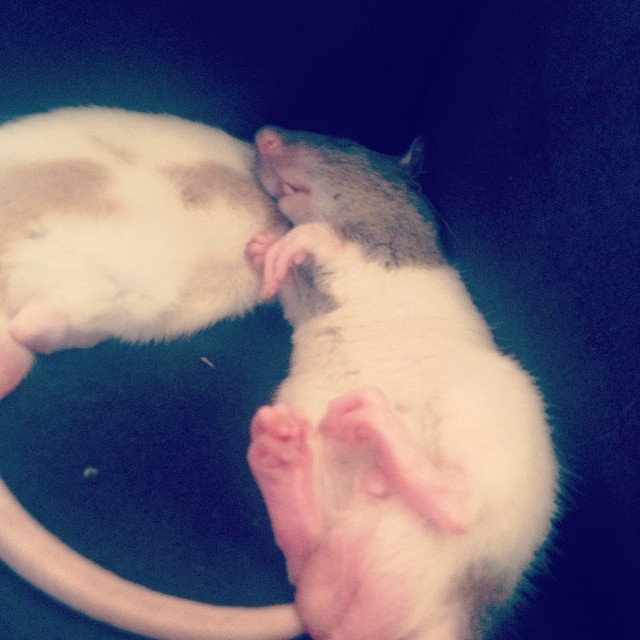 Klaus napping in the heat

If you aren’t in Australia, you might not be aware of the heat we have had been dealing with lately. Temperatures rose in my area up to 35 degrees Celcius, which is uncomfortable for everyone - including pets! During this heatwave, we often spotted the rats camped out right next to the fan, on their backs, legs spread. Such a charming look for any animal I feel.

Despite the heat, our boys still despise their baths. We like to wash them at least once a week. If you haven’t had rats before, male rats tend to have a certain ‘musk’ about them which they use to mark their territory. By bathing at least once a week and shampooing our couch every fortnight, we can keep our apartment smelling fresh and less pet-filled!

One of the most interesting things is watching the rats eat. They like to manipulate food in their hands like humans - incredibly fascinating!

Feel free to share your pet stories with me below in the comments, I’d love to read them!