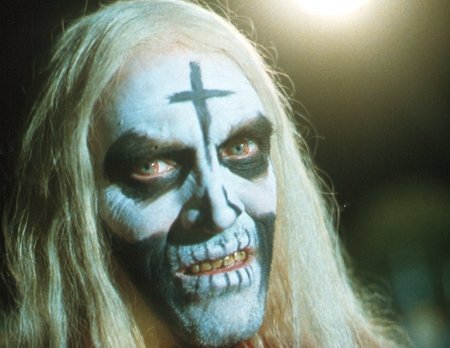 Written by my horror partner in crime, Kelly Cleary.

In 2008, I left my sheltered, small town home, and moved to Brisbane, Queensland to study. With the freedom to spend my money on whatever I wanted, and living in a capital city with access to a number of alternative CD and DVD stores, I was in heaven. If I was getting a taste for horror before, I was gorging now. One miserable day, post end of semester exams, I stumbled into the store, and my eyes locked onto the DVD release of George A Romero’s, “The Crazies”. The weird biohazard suits, the gas masks, the bright colours, I had to see it. I took it home and played it straight away. My. Brain. Melted. It was brilliant. 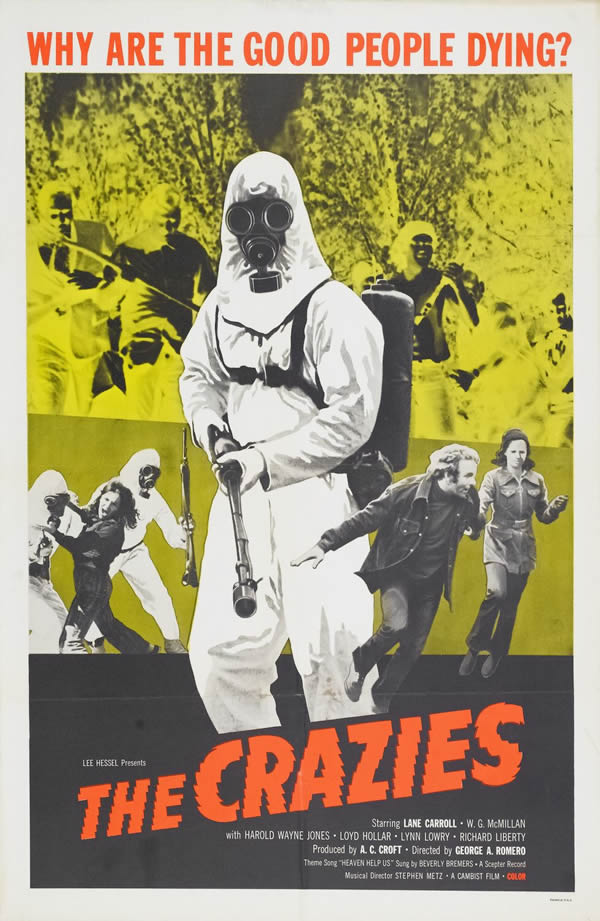 I was used to watching big budget horror, with impressive special effects and aimed at the masses.  Movies like “Dawn of The Dead” (2004), the “SAW” series, even “Resident Evil” ( which, could barely be called horror).  In stark contrast,“The Crazies”, was like nothing I’d seen before; eerie, unfamiliar and unsettling. It was slow paced, with a significant emphasis on creating an anxious and uncomfortable atmosphere. In other movies I could watch a zombie’s head explode with extreme detail, but I could barely watch as the townspeople slowly lost their mind.

I couldn’t understand how a movie with such minimal violence and explosions (when compared to modern films), and a 30th of the budget could impress me. As it turned out, it was the lack of production value that made the film so good. There is barely a (noticeable) score throughout the film. The only sounds you hear are real, like you are standing in the scene. Most of the film is shot in broad daylight, so there is no suspense of what might be in the dark. Instead, it’s your family in the next room you need to be afraid of.

I began to work my way through the rest of Romero’s films, Sam Raimi’s “Evil Dead” masterpieces, the unbelievable “Cannibal Holocaust”, and hundreds of other low budget films. Just when I thought I couldn’t reach further into the past, lo and behold, low budget films were becoming the modern day horror miracles. It got me thinking. Horror started low budget, and people loved it then, and now it’s returning to the low budget (or at least low budget aesthetics, I’m looking at you Rob Zombie). What makes low budget films so damn frightening, and in turn, popular?

Simple, THEY’RE BELIEVABLE! A zombie apocalypse is cool and all, but what are the chances? Creature films can be scary, sure, but they are scarcely relatable. You know what is downright horrifying? Those groans and taps in the night that you just can’t pin point. Those unexplained events of a child, murdering their family and disappearing. That hitch hiker on the side of the road. These things are happening now, these are things people are afraid of right now.

What makes things even worse, is witnessing them first hand. I’m talking found footage films, including the truly messed up V/H/S. The “Paranormal Activity” and “REC” series were becoming increasingly popular with each new instalment.  These films are famous for making a killing at the box office, with an almost non-existent budget.  These point of view films put you in the horror, and they can have a hell of an impact. They have a way of making you feel as though you are the victim, or even worse, that you are inflicting the horror yourself. They can be gut-wrenching, and they didn’t need CGI or A-list actors to do it, just a camera, red corn syrup, and shadows.

Low budget horror is minimalistic, it cuts through the crap and focuses purely on humanity and what we are capable of, and that’s truly terrifying.